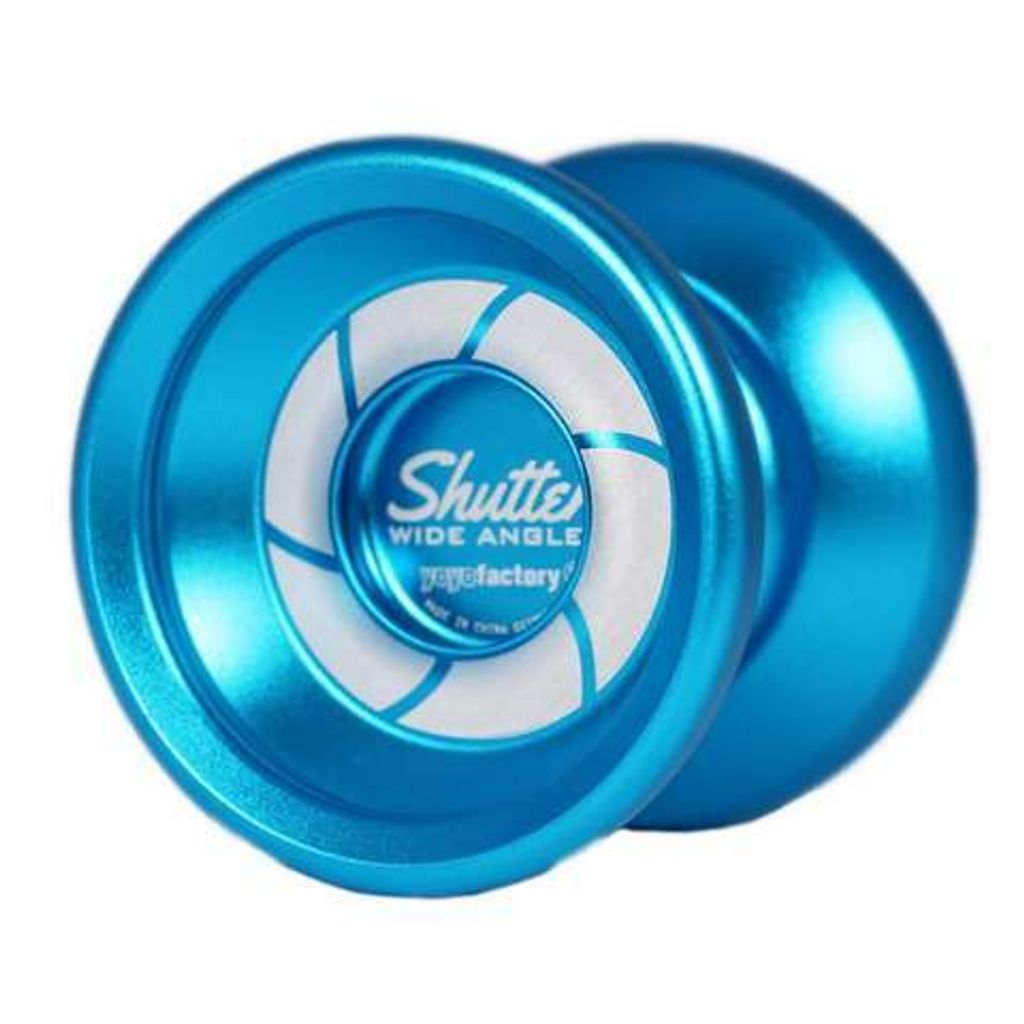 This is an unresponsive metal yo-yo, used by World Yo-Yo Champion.

Ever since the Shutter was launched in 2013 there have been small changes made to keep it at the forefront of modern performance and in-tune with the needs of current USA champion Gentry Stein. This year Gentry's Freestyle was a bit bigger and a bit bolder. The yo-yo he threw? Shutter WIDE ANGLE!

When designing his signature model yoyo Shutter, there was one major goal. To create the best performing, most well rounded yoyo that could handle any trick I throw at it. We were beyond successful with this design. They created THE most ideal yoyo.

Fast forward 4 years later, Shutter is here to stay. It is the go to yoyo for myself and thousands of players around the world.
A few months ago though, he had a thought.

Shutter Wide Angle is not a Shutter replacement, but rather an addition to the Shutter lineup. For those who want to get a little more... extreme!